Essentially board games are designed and made for fun, along the way they may also facilitate family bonding and group interaction. But word games essentially provide more than that, word board games can better people’s language skills, expand their overall vocabulary and increase the ability to think quickly. Some of the top board games which we’ve selected here at Board Games Critic are listed and shown below: 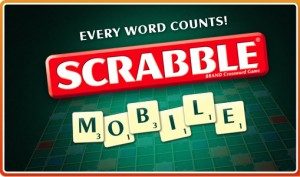 The Scrabble board game is probably the worlds most well known word game, it really needs no introduction. The game itself is said to have sold over 100 million copies worldwide over 21 different languages. One of the great things about Scrabble is that it’s really easy to play, easy to understand and doesn’t require you to read the rules 10 times before you get the concept.

The major benefits of this educational board game is that it can really expand vocabulary by teaching you new words. However, with this said Scrabble has recently updated it’s keyword list by increasing it by 3,000 new words, some of these words include slang which is something many people aren’t too happy about. 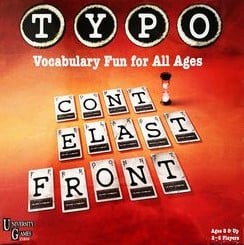 The Typo game is more of an educational card game than a board game. The game basically starts with 12 cards being dealt out to each player, then 5 cards will remain on the table – each card has a letter on it. It’s the task of the players to then attempt to expand upon the cards which have been places on the table by playing their own cards on each turn.

The great thing about Typo is that’s it’s a nice easy game to be played anywhere, it’s portable and easy to just get started no matter where you are. 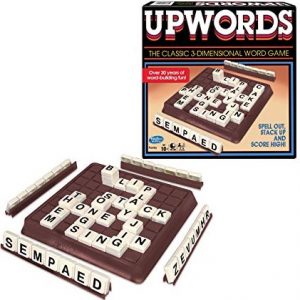 If you’re familiar with the Scrabble board game then you’ll be familiar with the Upwords board game whether you’ve played it or not. There are two major differences with Upwords compared to Scrabble, Scrabble scores higher points for certain letters and words are created horizontally and vertically whereas with Upwords the scoring is the same across the board and words are created upwards on top of other words.

Overall Upwords is a pretty nice variation on the Scrabble game if you want to try something a little bit different, the fact that there is only one scoring level for words and letters is a little disappointing though. 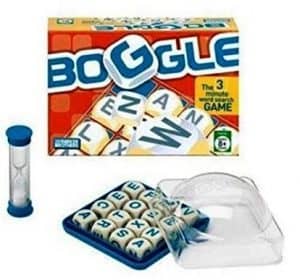 Boggle is not exactly a board game because it’s not played on a board but it’s still considered by us to be one of the best and most fun educational word games. The game is basically played on a 4×4 grid which contains dice, each with a different letter upon it’s face, a little like a word search. It’s then the job of the players to find as many words as they can within the grid before the sand in the timer runs out.

The great thing about this game is that it’s challenging, fast paced and fun. 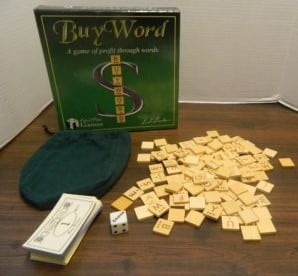 If you enjoy making cash out of purchasing something at a rock bottom price and then selling it for as much as you can get then you will certainly get the concept of the BuyWord board game. The game ill take around 30 minutes to play and expands on some basic vocab and numeracy skills. The overall concept of the game is to buy words as low as you can and sell high for a big profit.

The great things about the BuyWord board game is that it’s encompasses a range of different skills such as numeracy, language and money management. It’s like an educational version of Monopoly.

Your Guide To Free Online Board Games
August 12, 2011
The Sexiest Board Games For Your Valentines Day!
February 2, 2011
How To Design & Make Your Own Board Game
February 7, 2011